Board of Directors (BOD) 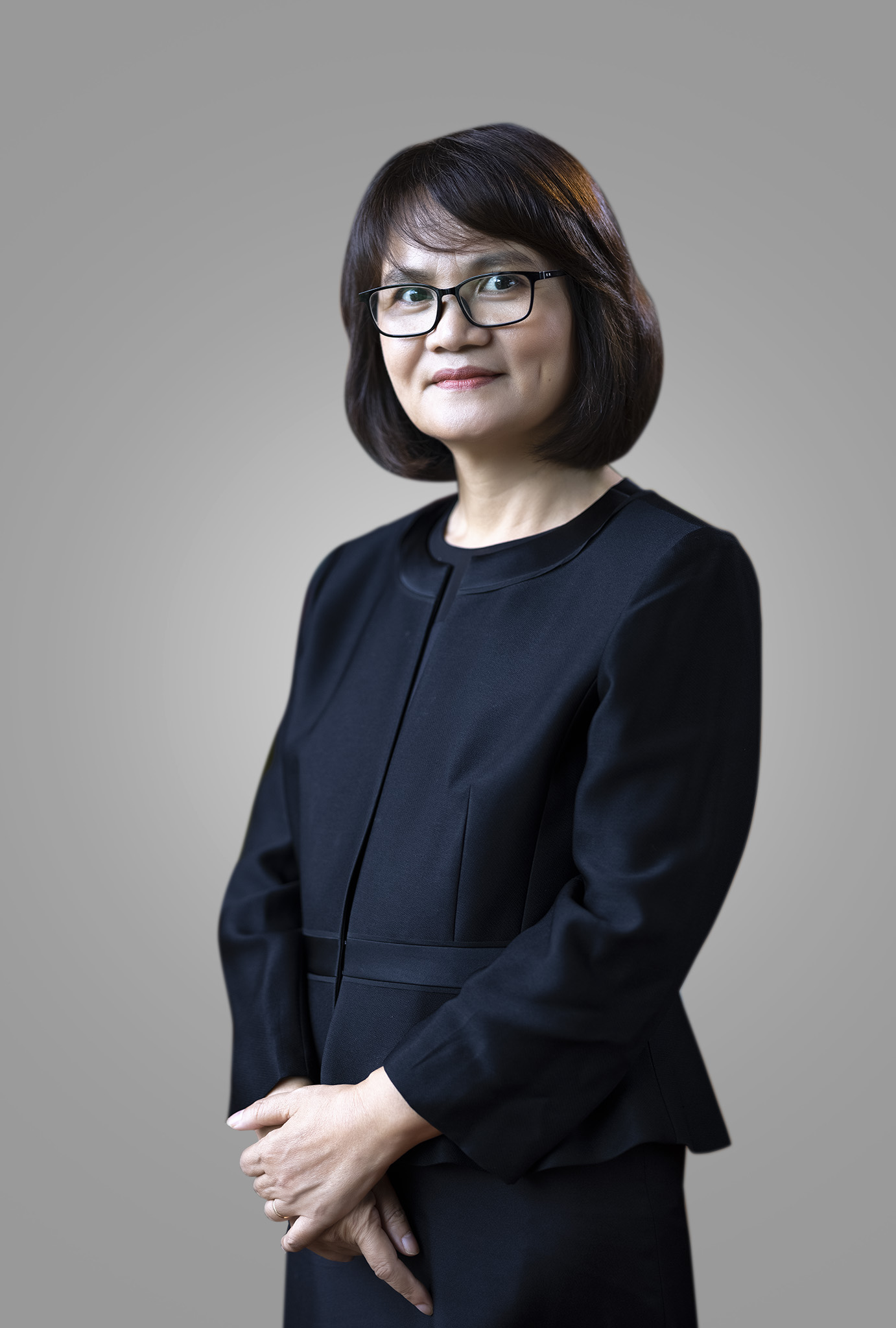 Ms. Pham Minh Huong has been working in the field of finance and banking for over 25 years. She used to hold the position of Chief Business Officer of Capital and Finance at Citibank N.A. She was one of the first members to contribute to the Bank’s operational development. She also contributed greatly to building the foundation and development of SSI Securities Corporation. SSI initially went from a brokerage company with a capital of VND 20 billion to one of the largest investment banking institutions in Vietnam.

As both a major shareholder and the General Director of the company, she has accumulated a lot of experience to form the foundation of VNDIRECT Securities Joint Stock Company. With the desire to build a digital technology company in the financial sector, Ms. Huong has devoted herself to build VNDIRECT to become a securities company with the most prestigious personal customer service on the Vietnamese market today.

Under her leadership, VNDIRECT has been challenged through many ups and downs of business in a fledgling market like Vietnam. She is also a visionary leader and a pioneer in bringing new products to the market. Her contributions have a great influence on the securities community, and the personal prestige of her activities has helped her to be a prestigious leader in Vietnam’s financial market all the time. 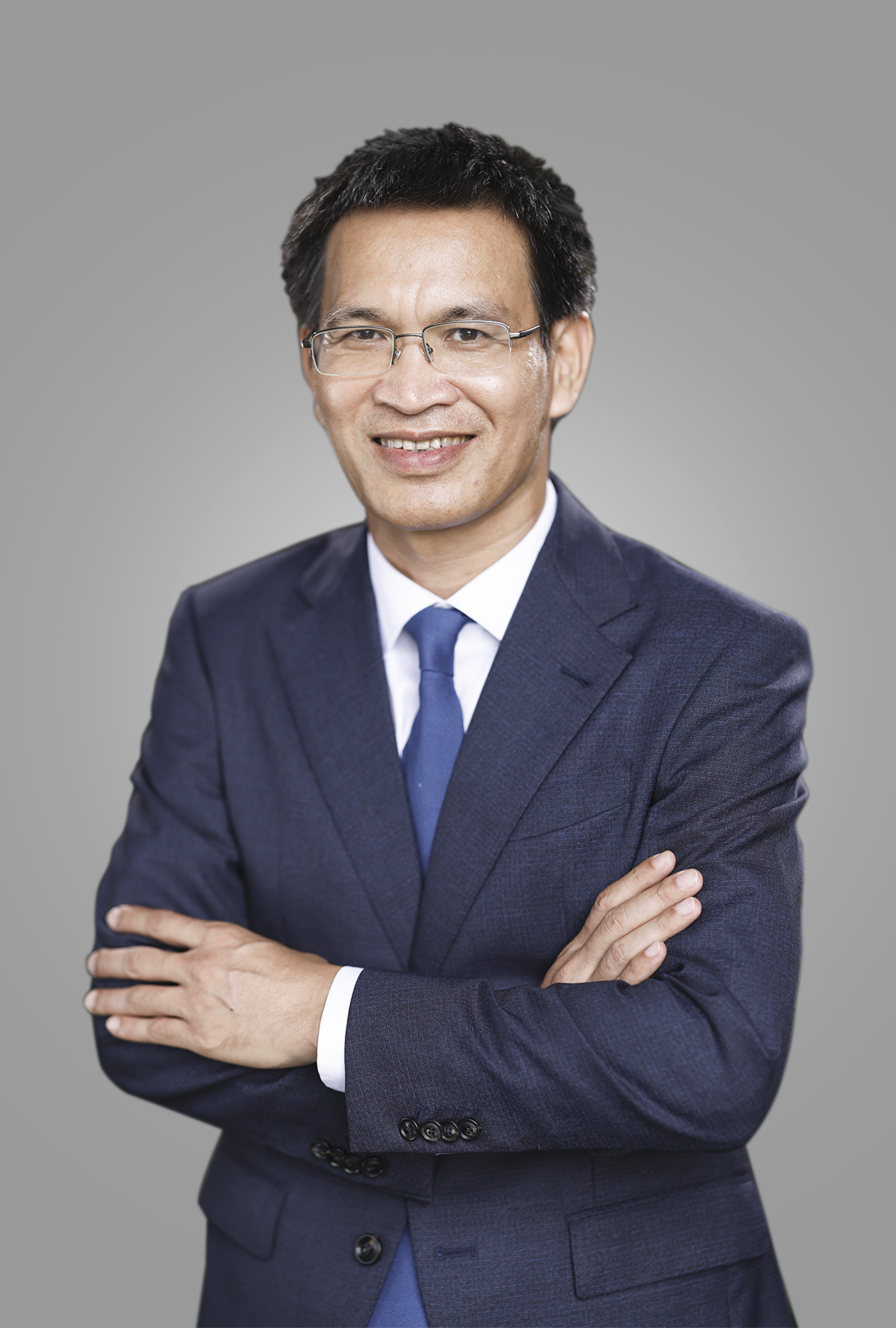 Mr. Mai Huu Dat graduated with a Doctor of Law from the Institute of State and Law. He has more than 25 years of experience in various fields such as law, manufacturing, services and finance. Mr. Dat first came to VNDIRECT in 2010 as Deputy General Director of the Company. He is a businessman, lawyer and has been a leader in many businesses in the fields of tourism and finance. Mr. Dat was officially elected as a Member of the Board of Directors at VNDIRECT at the 2022 Annual General Meeting of Shareholders on April 25, 2022. On July 21, 2022, Mr. Dat was elected as Vice Chairman of the Board of Directors.

Mr. Hien is a successful entrepreneur, business administrator, and investor with experience in many areas. With nearly 20 years of experience investing in finance and many years of experience working in the field of commercial services, Mr. Hien led IPA Investments into a multi-sector investment group covering energy, food, medicine, real estate, and finance.
Mr. Hien is also a member of the Board of Directors of a few reputable companies operating in the field of manufacturing and tourism. He is a businessman who contributes greatly to social work to create more human values and a healthy environment for the community.

Mr. Long graduated from The University of New South Wales with a major in Economics. He has over 9 years of experience in banking and finance.

Mr. Long has been working in VNDIRECT for 6 years and has held many important positions such as Manager of Money Market Department, Treasury Director. Accompanying with VNIRECT during the past time, he has made significant contribution to the company’s progress and has become one of the typical young leaders in recent years.
Mr. Long officially assumed his position of Acting General Director of VNDIRECT from November 22, 2021. 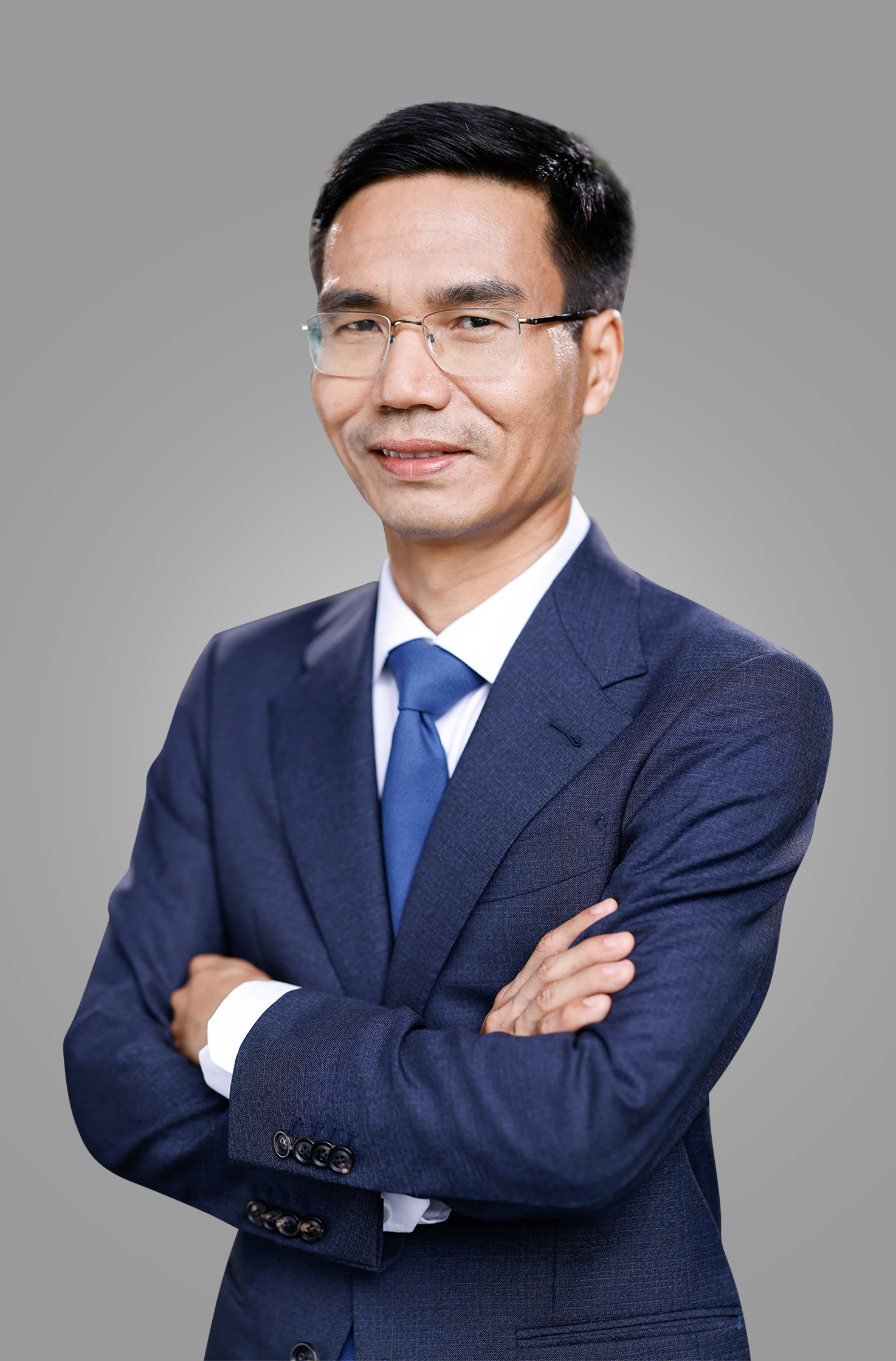 Mr. Vu Viet Anh holds a Master’s degree in Electrical Engineering from Columbia University and a Master’s Degree in Telecommunications from Télécom Paris. He has more than 16 years of experience in the technology field. Mr. Viet Anh is currently Director at OCTECH Joint Stock Company, a technology company specializing in programming.
He has worked as a Java programmer at Tervela Inc and Columbia University. He was officially elected as a member of the Board of Directors at VNDIRECT at the 2022 Annual General Meeting of Shareholders on April 25, 2022.

MRS. HOANG THUY NGA – Head of Board of Supervisors 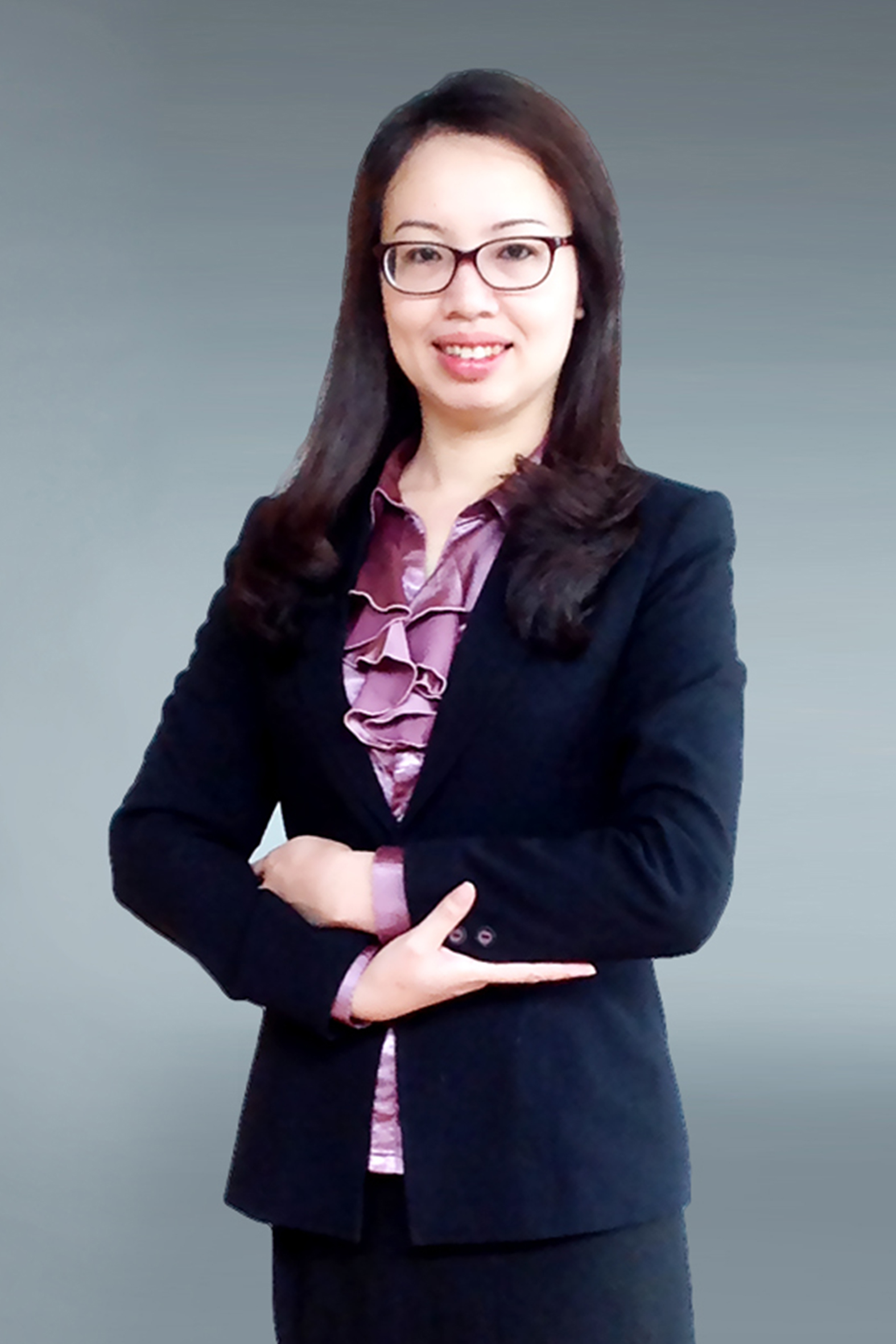 Ms. Hoang Thuy Nga graduated from National Economics University with a major in Banking. She has 16 years of experience in financial accounting and corporate restructuring.
Ms. Nga used to be an assistant of the Chairman of VNDIRECT’s Board of Directors, and several key positions for VNDIRECT in the first period of operation. Ms. Nga was elected a member of the Board of Supervisors on April 21, 2013.
She used to work as a Chief Accountant for Qunimex from 1999-2004, as a corporate finance consultant for Saigon Securities Company in 2005.

MRS. NGUYEN THI MINH HANH – Member of Board of Supervisors 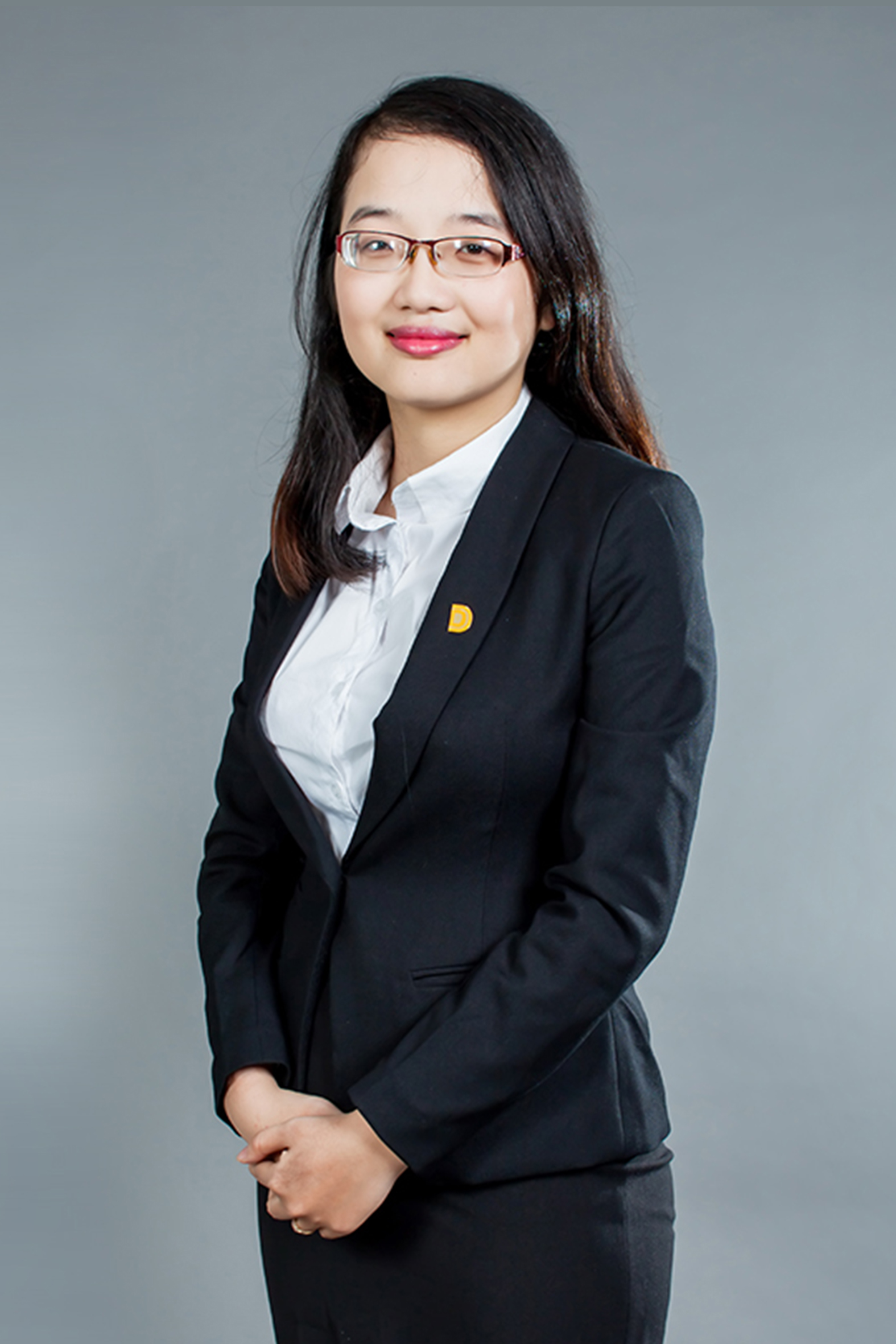 Ms. Nguyen Thi Minh Hanh graduated from National Economics University with a major in Accounting. She has over 10 years of experience in accounting and finance in large enterprises.
She used to work as an accountant for VTS Logistics Joint Stock Company from 2009-2010. From 2010 to present, she has worked as an Accountant for IPA Investment Group Corporation. Hanh was elected a member of the Supervisory Board from April 23, 2015. She is responsible for supervising and evaluating the business performance of VNDIRECT.

MRS. HUYNH THANH BINH MINH– Member of Board of Supervisors

Ms. Huynh Thanh Binh Minh holds a Master’s degree in Economics under the Erasmus Mundus Program funded by the European Commission. She has over 12 years of experience in banking and finance. Ms. Minh is currently an investment specialist for VIGroup.
From April 28, 2012, to the present, she has worked as a member of the Board of Supervisors for VNDIRECT Securities Corporation. She is in charge of supervising and evaluating VNDIRECT’s business performance. 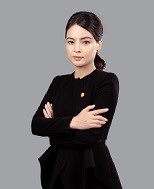 Ms. Vu Nam Huong has more than 10 years of experience in banking and finance. She has contributed greatly to building a team of capital businesses and business relationships with financial and banking institutions, which helps VNDIRECT expand its financial business with banking institutions in the market.
She is also one of the young leaders to build careers and collective success for VNDIRECT. 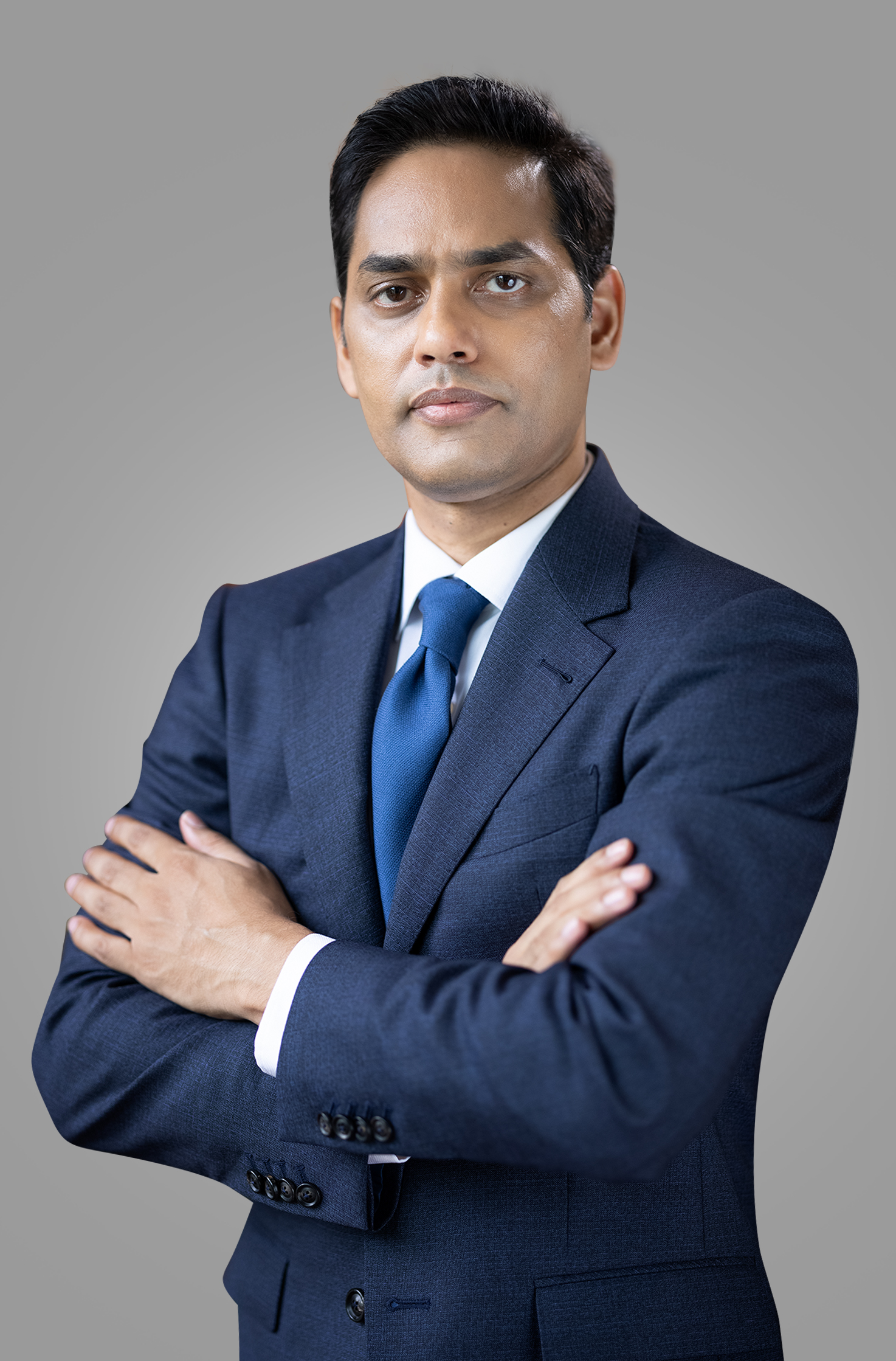 Gauraw is a seasoned business leader with over 20 years of experience in Asia, working with leading international and domestics banks and financial services firms. He has been in Vietnam since 2018. He worked at VPBank where he set up and led Affluent Banking and Wealth Management business for 4 years. His previous role was Vice President and Head of Investments and Premier Client Relationships at ICICI Securities – one of the largest securities firms in India. Before that he was with Standard Chartered Bank for 10 years, where he had various roles in Wealth Management and Priority Banking, and was Director of Priority Banking, India in the last role there. He has also worked with GE in consumer finance business. Gauraw has a degree in Business Administration and Economics and is an MBA in International Business. He did the Executive Management Program at the Indian Institute of Management (Ahmedabad). He is a keynote speaker and panelist on various international industry forums and conferences.