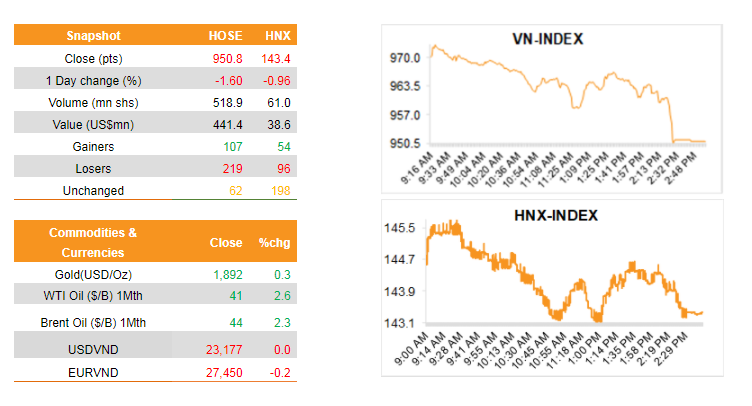 Oil rose in New York on optimism over China’s recovery from a virus-led demand crash and with the U.S. set to avoid a national lockdown to curb the spread of Covid-19.

The robust recovery in Asia is supporting the oil market just as the U.S. and Europe face a downturn due to a resurgent virus. Brent’s nearest time spread — a gauge of market health –reached its strongest since mid-July on Monday, the latest sign that the recovery East of the Suez Canal is offsetting weakness in the West. Oil capped its biggest weekly advance since early October on Friday after news of a breakthrough on a Covid-19 vaccine. Though Europe’s demand is wavering as lockdowns re-emerge, the U.S. said it will target local measures rather than a nationwide lockdown to tackle the spread of the virus. An OPEC+ committee will assess the health of the market on Tuesday, before a decision at the end of the month where a delay to an output hike is expected. (Bloomberg)

The Government’s recently-issued Decree 132/2020/NĐ-CP would help prevent transfer pricing and limit thin capitalisation to develop a healthy investment market, Deputy Director of the General Department of Taxation Dang Ngoc Minh said. Minh spoke at a press conference on Monday to introduce new points of the decree dated November 5 about tax management for enterprises with related-party transactions, saying the interest expense deduction limit was raised from 20% to 30% – the highest ratio recommended by the Organisation for Economic Cooperation and Development. Increasing the cap to 30% would help enterprises have more capital for investment in the context that most firms in Vietnam were thinly-capitalised with the level of debt much greater than equity capital, he said. Minh said that the Decree 132 did not differentiate foreign-invested companies and domestic companies in fighting transfer pricing to ensure fairness and transparency. According to Nguyen Thu Huong from international non-governmental organisation Oxfam in Vietnam, it was necessary to terminate corporate income tax (CIT) incentives and reductions to minimise transfer pricing. The preferential value was estimated at about 7% of the total CIT revenue annually, a considerable sum, Huong said. However, she pointed that there was an unfairness because the preferential tax mostly applied to FDI companies. Preferential CIT policies to encourage investment led to a race to the bottom among localities in the country and among countries in the region, which was not only causing losses to budget revenue but also creating loopholes for transfer pricing, Huong said. Deputy Director of the finance ministry’s Department of State Budget Nguyen Minh Tan said that transfer pricing often occurred when there were tax incentives. However, tax incentives were an important factor to attract foreign investment in the context of a global production shift triggered by the COVID-19 pandemic, Tan said. Vietnam was regarded as an attractive destination for investment but not the only choice, Tan said, adding that it was necessary at the same time to offer tax incentives to attract investment and to fight transfer pricing. Decree 132 implemented regulations which were appropriate to international practices and the condition of Vietnam to enhance the prevention against transfer pricing, Tan stressed. (vietnamnet.vn)

Airports Corporation Of Vietnam (ACV VN, UPCOM) – Business activities: ACV has announced the completion of procedures and plans to construct the Long Thanh airport project in Dec 2020, the company’s chairman said. The project includes 3 sub-projects with a total investment of VND99,000bn using the company’s capital. (Ndh.vn)