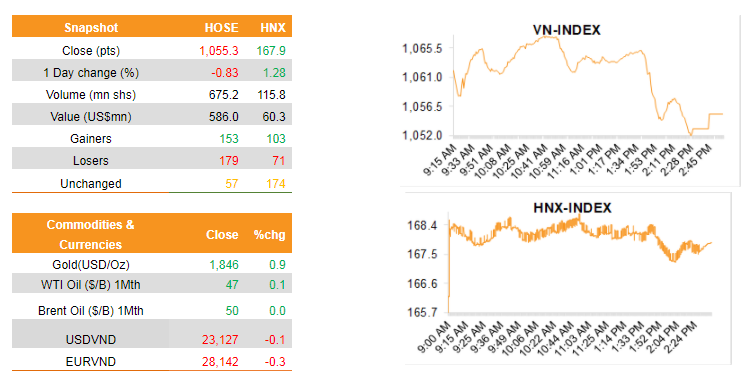 Oil steadied — after posting its first weekly loss since October — as pessimism over a new strain of Covid-19 that’s threatening more travel restrictions was balanced by the passage of a U.S. stimulus bill into law. Futures in New York traded near US$48/barrel after sliding 1.8% last week. Tougher restrictions were extended to much of England to try and stem the virus mutation, while American officials warned of a post-Christmas surge of infections. Japanese industrial production missed analyst expectations to come in unchanged last month from October, more evidence that the resurgent pandemic is stalling the economic recovery in some parts of Asia. Crude pared losses of as much as 1.5% after President Donald Trump signed the long-awaited bill containing US$900bn of virus relief that’s expected to boost energy demand in the world’s largest economy. Trump had previously expressed his displeasure with the package that Congress approved last week. (Bloomberg)

Director General of the General Statistics Office (GSO) Nguyen Thi Huong has stressed that 2020 is considered a year of success in inflation control. Speaking at a press conference organised by the GSO under the Ministry of Planning and Investment in Hanoi on December 27 to announce the country’s socio-economic results in Q4/20 and the whole year, Huong said the consumer price index (CPI) in December went up 0.1% mom and 0.19% yoy. The 2020 CPI rose by 3.23% from 2019 while basic inflation climbed by 2.31% annually. Explaining the price hike this year, Director of the GSO’s Price Statistics Department Do Thi Ngoc said due to high shopping demand during the Lunar New Year (Tet) Festival from January-February, food prices increased by 4.51% annually, bringing up the CPI by 0.17%. Pork prices also moved up the CPI by 1.94% due to unstable supply. Rainfall and floods in the central region during October-November also hiked prices of fresh, dried and processed vegetables. Other increases were also seen in the prices of medical supplies and education services. Meanwhile, falling prices in oil and gas, flight tickets and electricity due to the COVID-19 pandemic curbed the CPI rise. According to the GSO, basic inflation dropped from 3.25% in January to 0.99% in December, which proved the efficiency of the State Bank’s monetary policy this year. (Vietnamnet.vn)